Analysis: Democrats are twice as likely as Republicans to name Trump as a reason for their pick in congressional elections 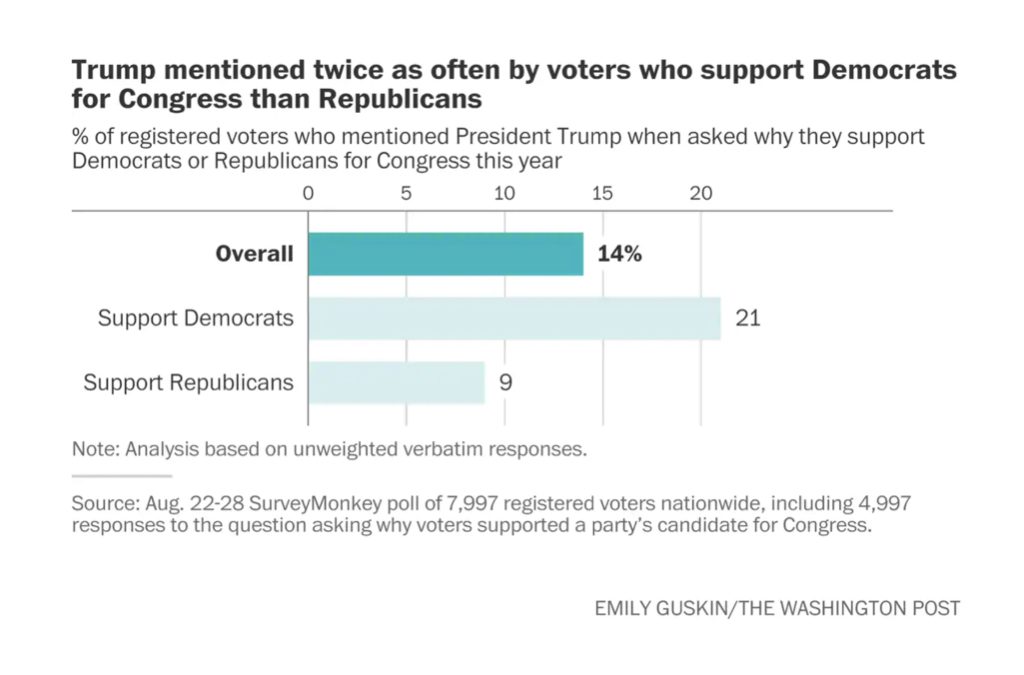 When asked why they planned to vote the way they reported, respondents to a new poll were more than twice as likely to mention President Trump if they planned to vote for a Democrat. The poll and analysis are part of a collaboration between SurveyMonkey, The Washington Post and researchers at the University of Michigan and Georgetown University. Data collection and analysis were managed by Mark Blumenthal and Sarah Cho of SurveyMonkey, with design and analysis by Josh Pasek, Stuart Soroka and Michael Traugott from the University of Michigan and Jonathan Ladd of Georgetown. Read the article.