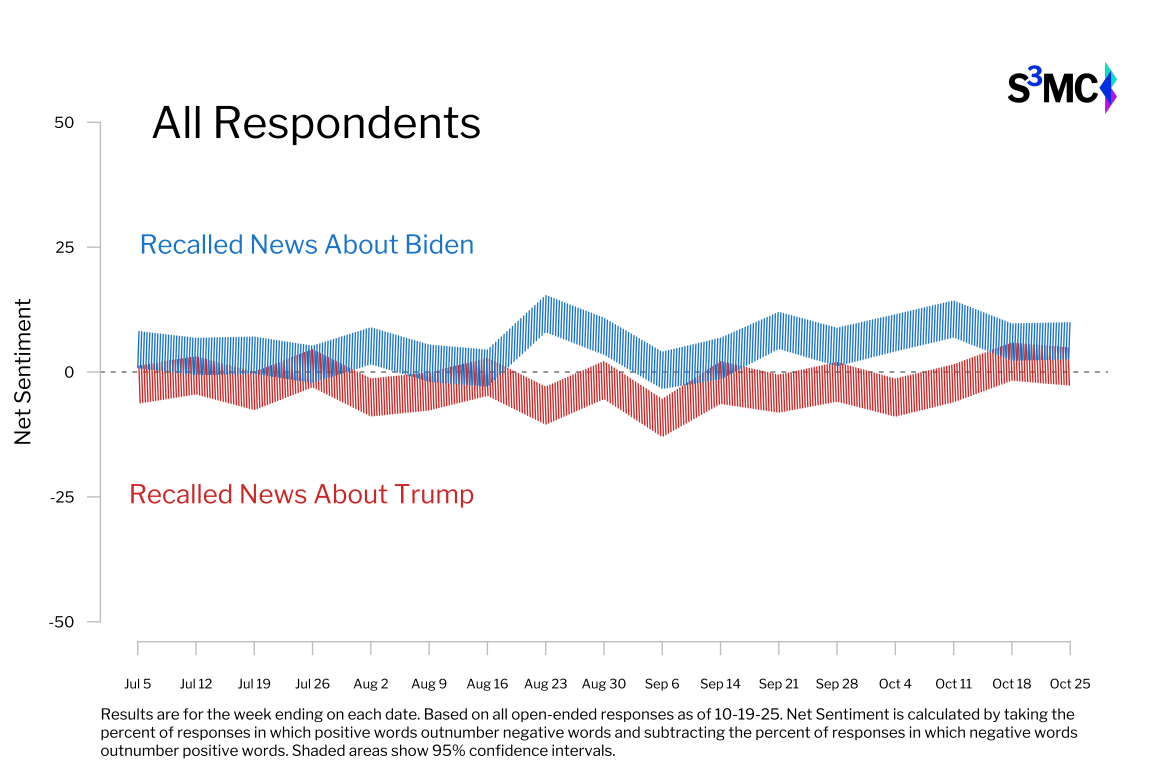 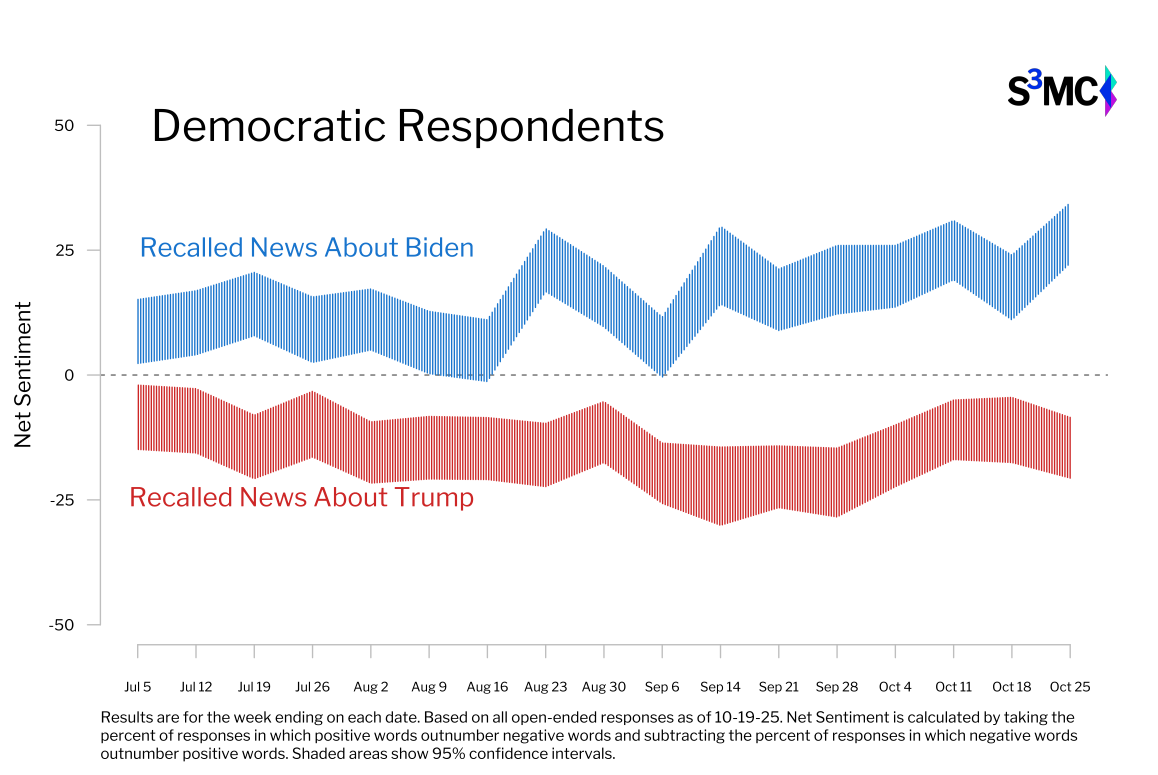 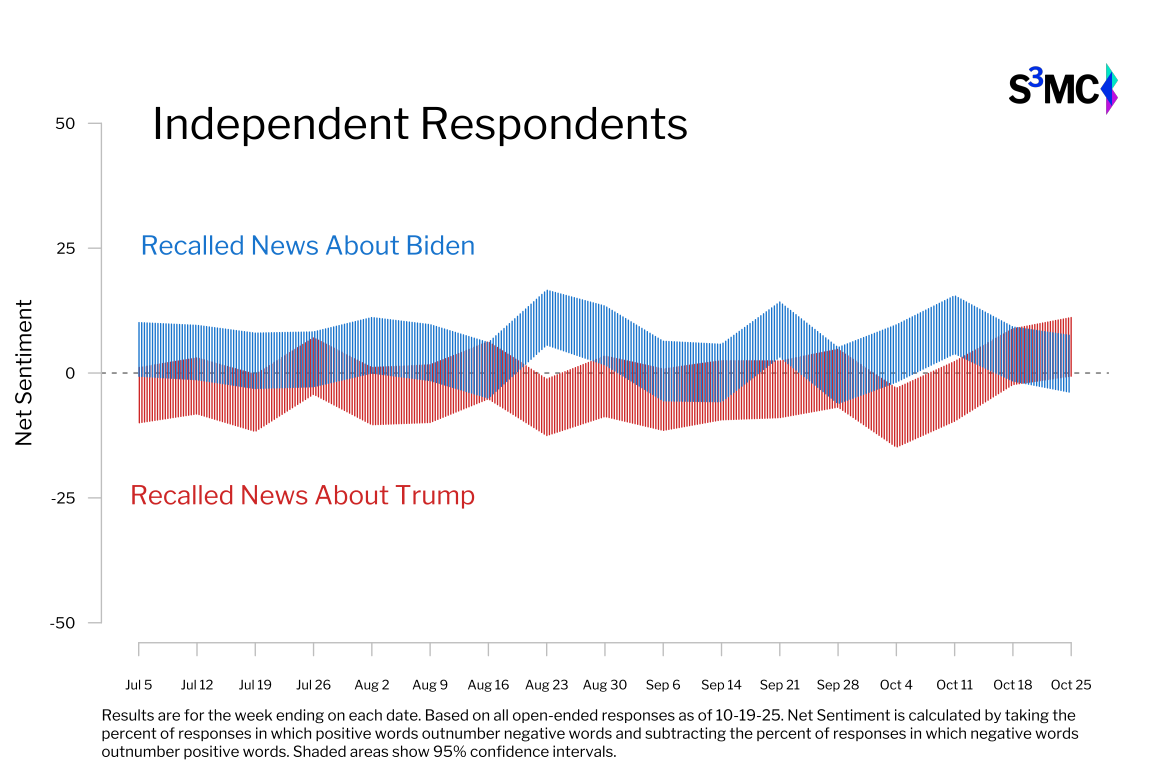 It is possible to capture the impact that individual topics are having on the Net Sentiment scores for each candidate: if we consider the subset of responses that focus on a given topic, we can estimate the sentiment of those responses alone, and their weight in the overall measure. This Sentiment Impact Index is based on the following formula: the proportion of mentions referencing a given topic × the average sentiment of those mentions. One of the topics that shifting the most this week in terms of both sentiment and salience was the military, which jumped to prominence following the story in the Atlantic about Trump’s comments about soldiers. The graphic that follows shows the Sentiment Impact Index for the military topic up to the week ending on September 6th, the week in which Trump made comments about soldiers being “losers” and “suckers.” The Sentiment Impact Index for military mentions in that week was roughly -6  — signaling a 6-point drop in Net Sentiment for Trump due to the military topic, controlling for other factors.  Given that overall Net Sentiment for Trump dropped from -1.8 to -9.1 over the same week, the impact of the military story was equivalent to much of the decline in Net Sentiment for Trump that week. 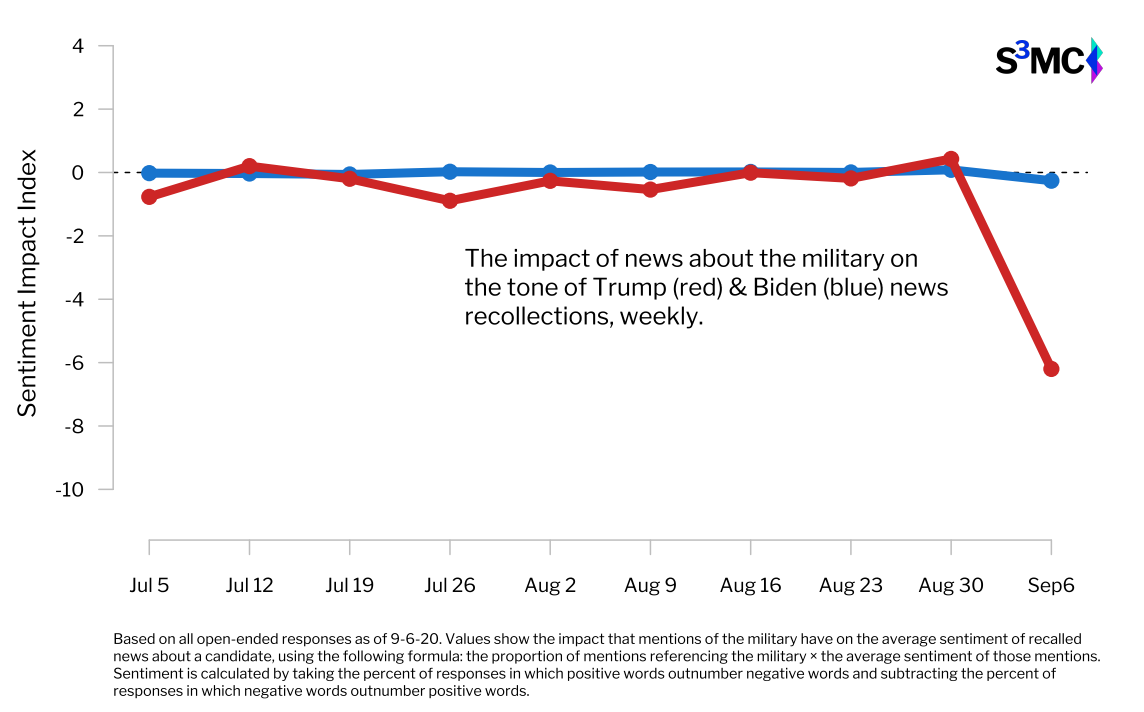 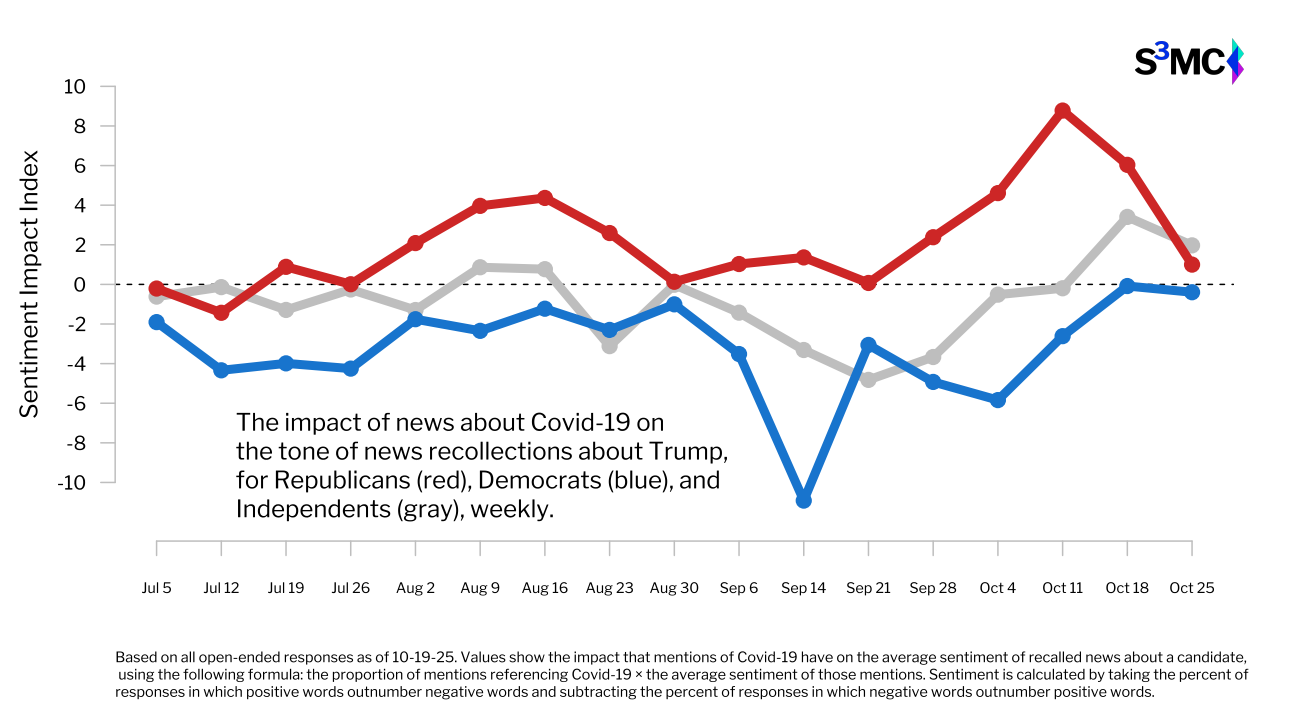 More information about the project methodology